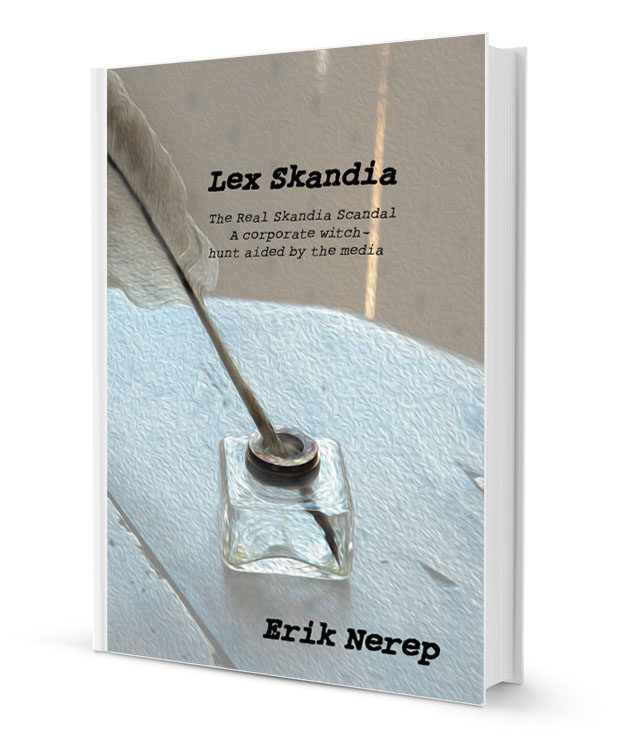 This book exposes the real scandal underlying the ‘Skandia Scandal’.

It deals with a corporate witch-hunt aided by the media, involving the use of corporate scapegoats, the media’s uncritical approach and manipulation of readers, lynch justice, failings of the law enforcement services, spinelessness and internal treachery.

In the eyes of the general public the ‘Skandia Scandal’ still only really involves two individuals.

In truth, the real Skandia scandal involves completely different individuals than those on whom the blame was heaped.

Comments about the book